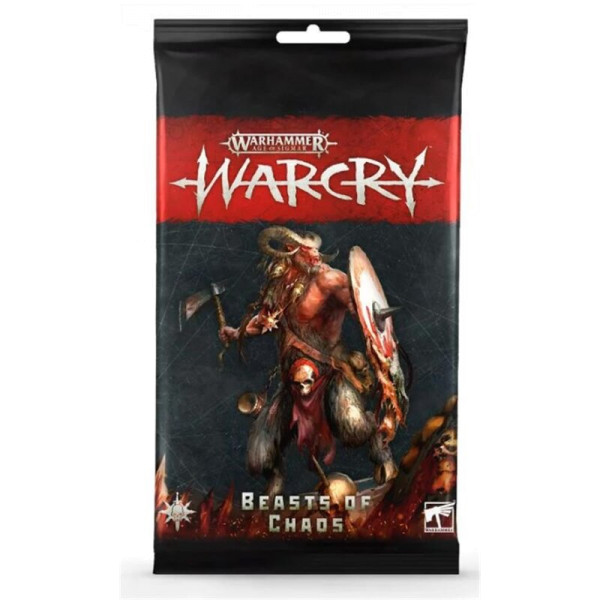 A faction ability card, allowing you to harness tactics, tricks and abilities unique to this warband, including the runemarks you need to use them. The reverse allows you to identify the fighters in your warband.

The set contains a faction abilities card in each of the following languages: English, French, German, Italian, Spanish, Chinese, Japanese, and Russian. Fighter cards that give you the rules and points for 17 different fighter types, including Gor, Bestigor, Bullgor, Dragon Ogors and Ungor with a variety of weapons 2x divider cards, used to keep track of any tokens that apply to fighters in games