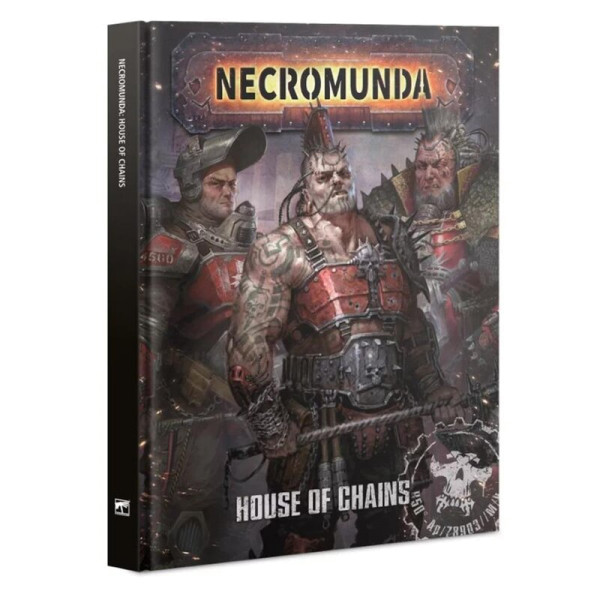 Strength is all for House Goliath. Without the physical strength to dominate rivals or to endure the hardships of Necromunda, a Goliath is nothing. They were created as a slave race to work the refineries and forges of Necromunda and toil in places where even hardy Necromundans could not survive. While the members of the clan are practically abhuman in their size and strength, only fools underestimate their resourcefulness and low cunning. It was the folly of their creators, who believed the Goliaths could be kept docile and ignorant though genetic meddling, that allowed elements of the clan to gain their independence. Get the ultimate guide to the youngest of the six clan houses on Necromunda. This 160-page hardback book features the definitive history of the House and rules for fielding the six different types of fighters available to House Goliath – Forge Tyrants, Forge Bosses, Stimmers, Forge-born, Bruisers and Bullies. It is ideal for fans of House Goliath or anyone who wants to delve deeper into the dark side of the underhive.